As we noted in our translation of an essay by Wang Ke’er, ‘Mother China, a Fatherland for Two Millennia’ (China Heritage, 14 June 2019):

祖國 zǔguó literally means ‘the land of one’s ancestors’ or ‘patria’. According to patriarchal tradition, ancestors were regarded specifically as belonging to the male line of a clan or family. Therefore the term 祖國 zǔguó — a modern expression adopted from Japan — should be rendered as ‘Fatherland’. Aware of the Nazi-era odium associated with ‘Fatherland/ Vaterland’, however, China’s state media has long preferred to use the word ‘Motherland’ when translating 祖國 zǔguó. This is a term that is useful in other ways, in particular as a result of its associations with the Russian родина rodina, which was widely employed in the Stalinist-infused propaganda that was common among the Chinese Communists from the 1940s.

Although in English the word ‘Motherland’ enjoys positive associations related to the concepts of nurturing, birth and progeny, we would note that the primary element in 祖 zǔ, as in 祖國 zǔguó — ‘Father-/ Motherland’ — is 且, a stylised penis.

TAIPEI, Taiwan — The austere, unhurried tones of the bespectacled Chinese Foreign Ministry spokesman sounded dead-on as he explained to journalists how Beijing would export “disinformation” to Ukraine rather than humanitarian aid to preserve its close partnership with Russia.

But on a closer look, something was off.

The Chinese flags to either side of the spokesperson’s lectern featured not the usual five yellow stars, but smiling images of Winnie-the-Pooh’s face blended with the features of Chinese President Xi Jinping, who some say resembles the famous bear.

In reality, the “Ministry of Winnie Affairs” located in a Taipei cafe is the work of EyeCTV, a Taiwanese comedy group that has made its name by satirizing China and the ruling Chinese Communist Party, which claims Taiwan as part of its territory and threatens to take the island of nearly 24 million by force if the democratically elected government in Taipei ever declares formal independence.

EyeCTV’s parodies of Chinese officials and state broadcaster CCTV have drawn more than 1 million subscribers to its YouTube channel, making the cast some of Taiwan’s most popular online performers.

Driven in part by escalating Chinese military aggression, the sketch show’s rise to fame has ushered in a new genre of Taiwanese political satire. Tackling the tense relationship with China head on, it appeals to a sense of absurdity many in Taiwan feel toward their government’s status and its inability to escape the political quagmire caused by China’s territorial claims.

While Taiwan’s tradition of vibrant political debate dates back to the 1990s, when it democratized after 38 years of martial law, the focus on China as an object of ridicule has intensified in recent years as Taiwanese commentators sound the alarm about Xi’s campaigns to smother dissent and flex Chinese military power.

Their popularity reflects how young people in Taiwan increasingly consider themselves Taiwanese, not Chinese, with a sense of identity that is so distinct from contemporaries in the People’s Republic that the idea of being a single country seems laughable.

Imitating the mannerisms of Chinese officials is one of the group’s regular bits, and host Chen Tzu-chien, has more than a passing resemblance to former Chinese Foreign Ministry spokesman Geng Shuang. The actors also produce news commentary, sometimes delivered while seated on a toilet, and their own satiric version of the Chinese state broadcaster CCTV’s annual Spring Festival Gala, a four-hour-long variety show of unabashed nationalism that makes a habit of featuring Chinese actors in blackface.

Chen and producer Sandra Ho launched EyeCTV a year after watching CCTV for the first time in 2014 while taking part in a contest for aspiring Taiwanese journalists hosted in Quanzhou, China. But the propaganda, meant to improve the Chinese Communist Party’s image in Taiwan, had the opposite effect on the pair, drawing attention to China’s tone-deaf messaging.

“At first we just wanted to make people laugh, but in the end, we grew into a whole production company,” Chen said. Now the group has only about 300,000 fewer followers than CCTV’s official YouTube account. “People [in Taiwan] need an emotional outlet after having been oppressed [by China] for so long,” he added.

Jokes at the expense of the Chinese government are only part of the show’s appeal. Much of EyeCTV’s humor is aimed closer to home, targeting the weirdness of the constitution of the Republic of China, Taiwan’s official name.

Written when the Nationalist Kuomintang ruled China before retreating to the island of Taiwan in 1949, it is an improbable document difficult to square with current geopolitical reality, but politicians fear replacing it entirely could spark a Chinese military assault.

“The current situation of our constitution and our country is not normal, but there’s nothing we can do about it,” said Ho. “So we want to at least highlight these conflicts to reveal the ridiculousness behind our status quo.”

So EyeCTV sketches present an alternate universe where the Republic of China (ROC) state media rails against “communist bandits” and has ambitions to rule all of China. During the Tokyo Olympics, EyeCTV awarded medals from China and even Mongolia, which the constitution technically still claims, to the ROC.

People in Taiwan “don’t want to be the real China,” explained Austin Wang of the University of Nevada at Las Vegas, but “they are stuck,” because of the risk of Chinese attacks. “At least they can make fun of it.”

According to the latest survey from Taiwan’s National Chengchi University, 62 percent of citizens consider themselves only Taiwanese in 2021, up from around 18 percent in 1992.

Wang warns, however, that the growing influence of Taiwanese political comedy may reinforce nationalism in both Taiwan and China. Even though the Chinese government has so far ignored jokes at its expense from EyeCTV, angry Chinese Internet users have begun to cite these political comedy shows as “proof that Taiwanese people always make fun of China,” he said.

After finding success at home, some Taiwanese satirists are now branching out to produce English content with the goal of using humor to explain Taiwan’s complicated political status to foreigners. …

— from Vic Chiang and Christian Shepherd, For the rising stars of Taiwanese political satire, China is a joke, The Washington Post, 6 April 2022

The Pros and Cons of Celebrating Beijing’s National Day

Three pictures are worth a thousand words. 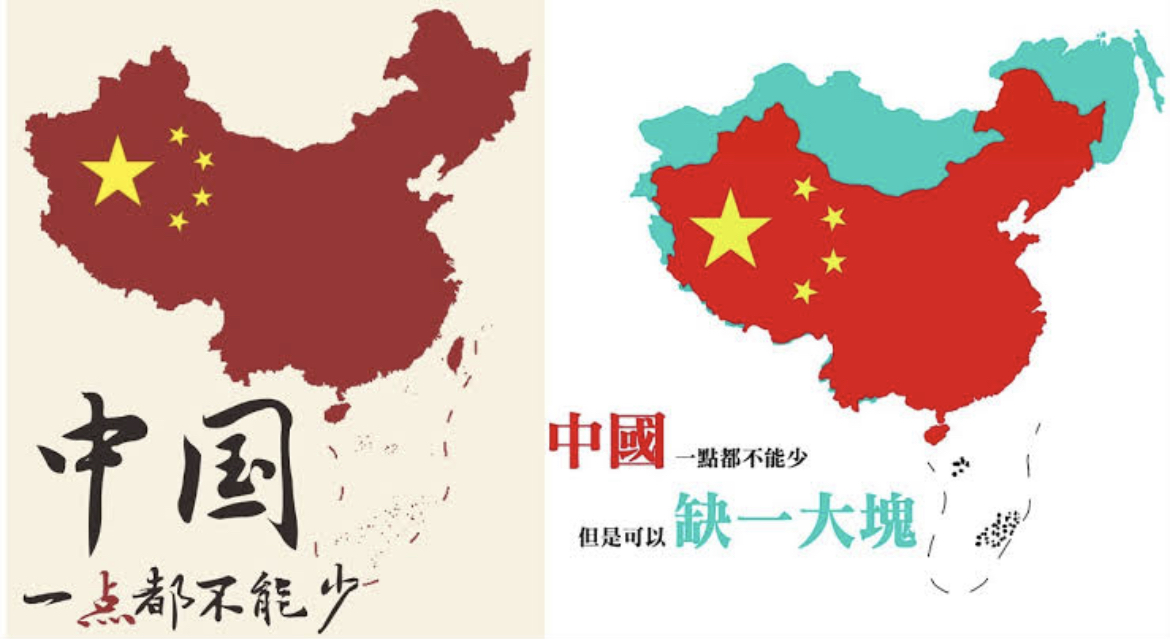 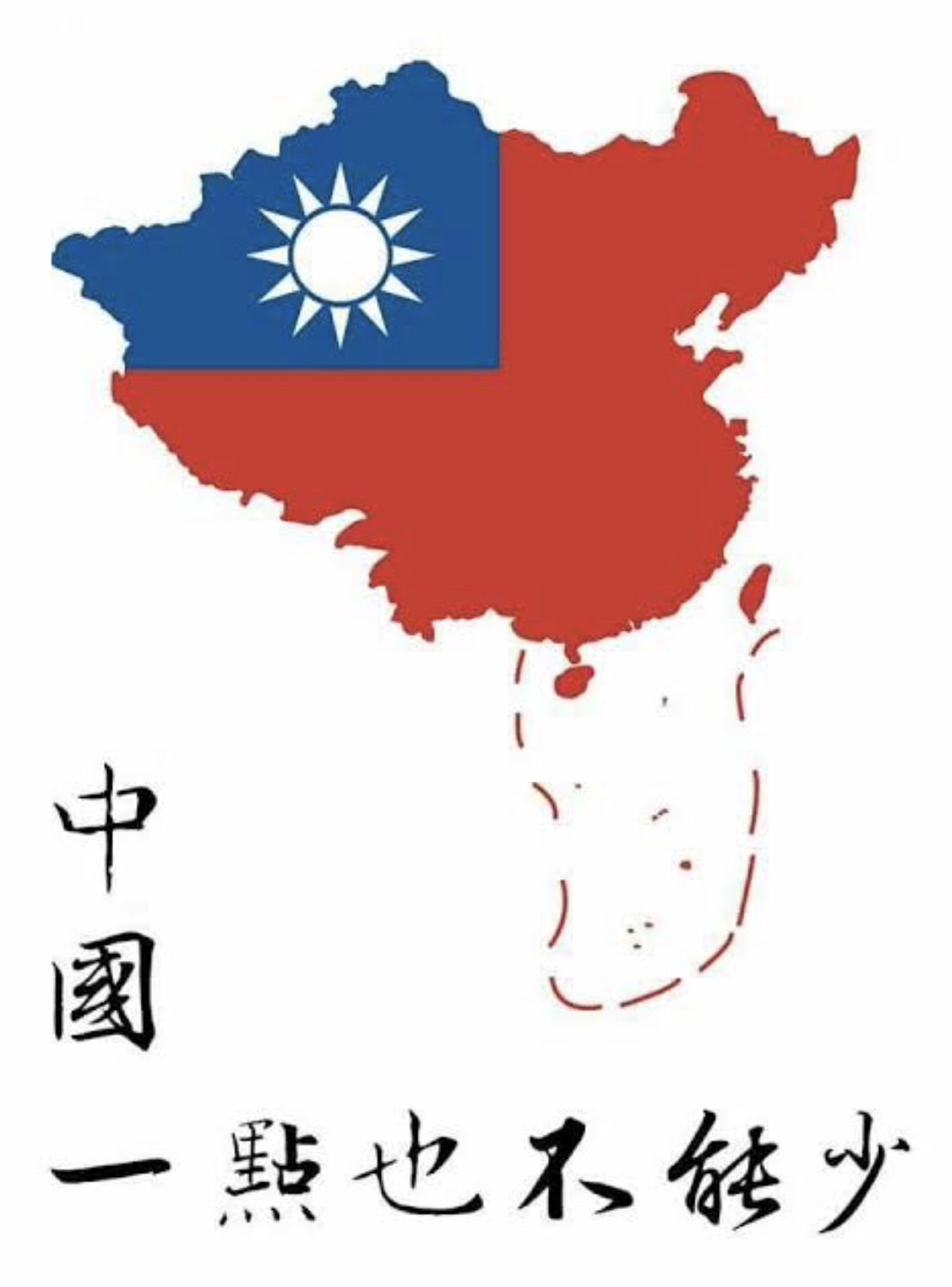 EyeCTV’s Vision for
The Great Harmony