The writer Lu Xun used the expression 拉大旗作虎皮 lā dàqí zuò hǔpí, literally ‘drape yourself in the flag as though it were a tiger skin’, to mock people who put on a formidable show to disguise their lack of substance. Today, the expression is generally used to describe self-important bullies, scam artists and those who promote some great cause in the guise of advancing their personal interests.

(The old year is seen out amidst exploding fireworks and with a hint of spring we welcome in the new with celebratory wine. Auspicious hangings appear at the front doors of countless homes, ready to greet the dawn of the First Day.)

難把舊桃換新符
If the old remains in place, whence the new?

As prime minister in the Northern Song Wang is famous for his New Policies 新法, a suite of economic, educational and military reforms. Although his reforms were undone by factional infighting at court, Wang continued to enjoy a reputation as a major essayist and poet. His literary fame has remained intact and the millennium of his birth was celebrated in 2021.

Our Lunar New Year’s card features the work of Lois Conner. It was designed by Callum Smith. The Year of the Tiger is also an ideal time to enjoy ‘tiger skin cuisine’ 虎係菜, as introduced by Chef Wang Gang below. 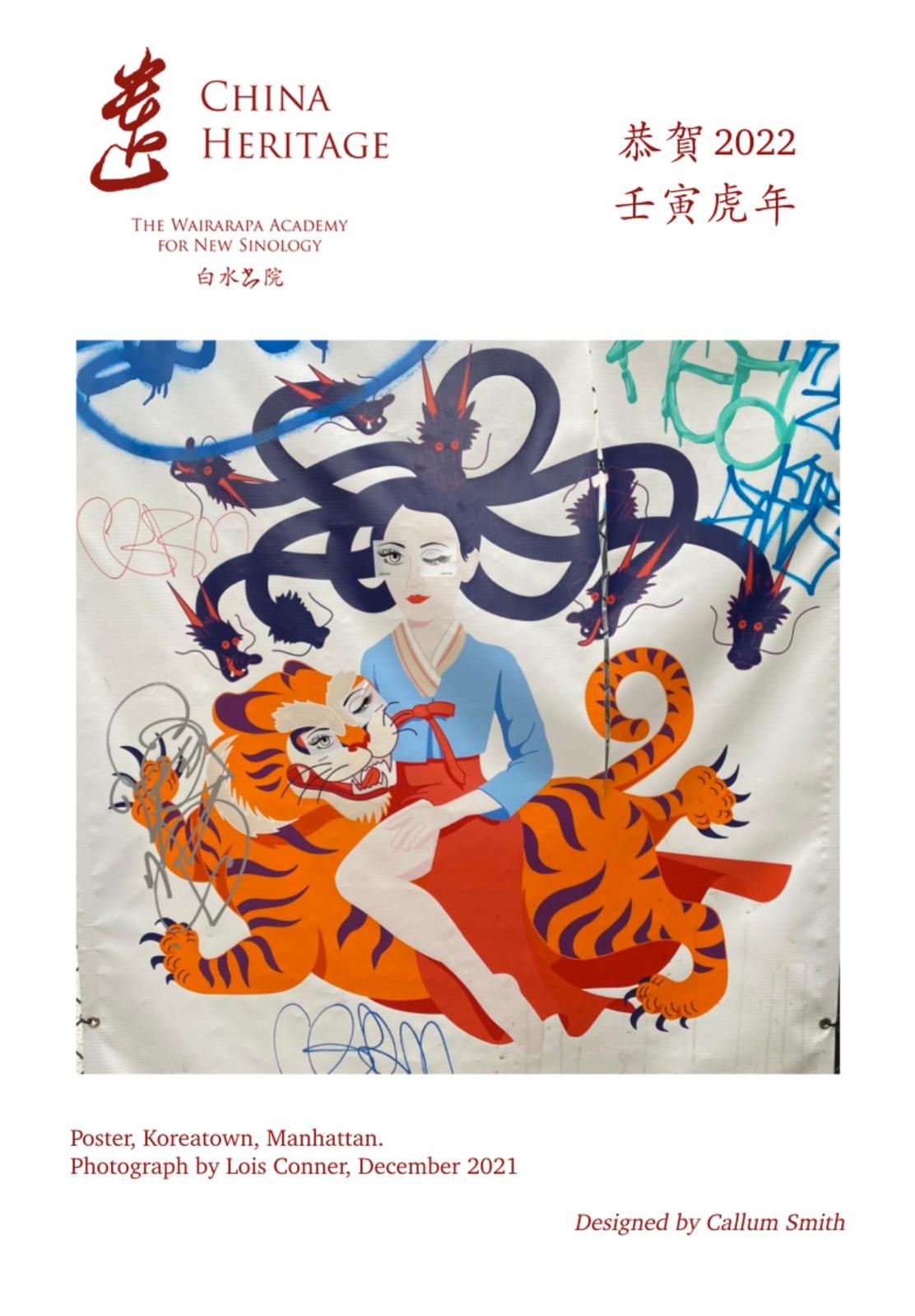